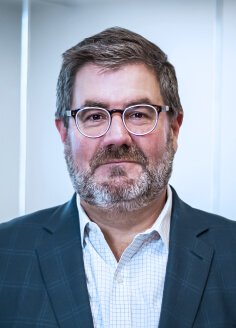 Outside the law firm, Jeff was the Vice Chairman of the Board of SP Bancorp, Inc. (NASDAQ: SPBC), was the chair of its Nominating & Corporate Governance Committee, and a member of its Credit Policy and Compensation Committees. He played a central role in the sale of the bank for 3x its IPO price. From 2008 through 2019, Jeff also worked in a consulting capacity with international financial institutions and real estate developers, advising his clients on land use strategy and asset management of their significant real estate assets in Las Vegas. This work included securing land use permits for over 20,000 hotel rooms and millions of square feet of related commercial and hospitality uses. Along with a partner and co-investor, Jeff has invested, directly or indirectly, in a number of emerging businesses, including drybar, AnthemIQ, Squeeze, Fresa’s, Hi+Lo Liquor, Waffle Waffle (Happi Foodi), Rumble Fitness, Malibu Poke, washlava, Holy Kombucha, Brightside, and OK Humans.

If you’ve read this far in the biography, you’re probably game for a few irrelevant facts/stories. During law school in Washington, D.C., Jeff attended the Clinton v. Jones (520 U.S. 681) oral argument in person at the United States Supreme Court on January 13, 1997, although it is unclear if his presence affected the outcome. His law school mistakenly double-paid the registration fee to a national First Amendment Constitutional Law Moot Court competition, so they asked Jeff to coach two separate teams for the same competition in 1998. This required months of preparation behind a bizarre conflict-wall structure, where the teams were not informed of each other’s identity prior to the actual competition, to avoid any possible advantage from practicing against each other. But, the effort was worthwhile. Out of 50+ schools in the competition, the two Georgetown teams coached by Jeff finished first and second. Since that fateful day, Jeff has been unsuccessful in convincing friends, colleagues, and annoyed strangers that this feat is on par with the 1972 Miami Dolphins or the 1995 – 1998 Chicago Bulls. The struggle continues.

Although not relevant here, Jeff is always keen to point out that he once managed a gourmet kosher restaurant in Chicago. He is currently a duly-appointed Kentucky Colonel (as are several of his law firm partners) and a miserable golfer. Finally, he is deeply uncomfortable writing about himself in the third person.